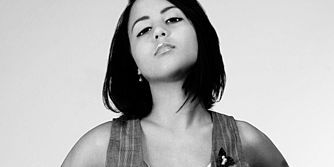 After obtaining a post-graduate degree in film production from the University of Cape Town, Layla has been senior editor on numerous feature films and her writing work has enjoyed success at international and South African festivals. 2015 saw her move into production full time as coordinator on large-scale international television projects such as ABC’s Kings and Prophets and Paolo Sorrentino’s HBO series The Young Pope. She has produced two films, the acclaimed Xhosa Sci Fi Short Stillborn, and has just completed post production on the epic Sew the Winter to my Skin which was awarded the Berlinale World Cinema Fund, and was part of the exclusive Cannes L’Atelier selection of 2017. The film will premiere in the latter part of 2018.
Layla is going into production on her next film Knuckle City in July 2018 and has three other feature films in development, two green-lit. Layla is one of South Africa’s most exciting young producers, churning out a litany of impressive film work in record time. She is a creatively attuned producer, who has an eye for a great story.

“We have no choice. We need the communion of the soul and only here are they awake.”

Set in Johannesburg’s oldest and most notorious entertainment brothel, The Summit Club is a dark, comedic drama that charts the everyday escapades of the seedy strip club’s eccentric staff and clientele.